Outside of Venice, Italy, a 19th century structure suffered from a fire, leading to the rehabilitation of the Campiello at Palazzo di Vigonovo by Venetian practice 3ndy Studio. The project’s completion gives the city a new location for social interaction while retaining an important part of the city. The space is brought back to life and its former glory. 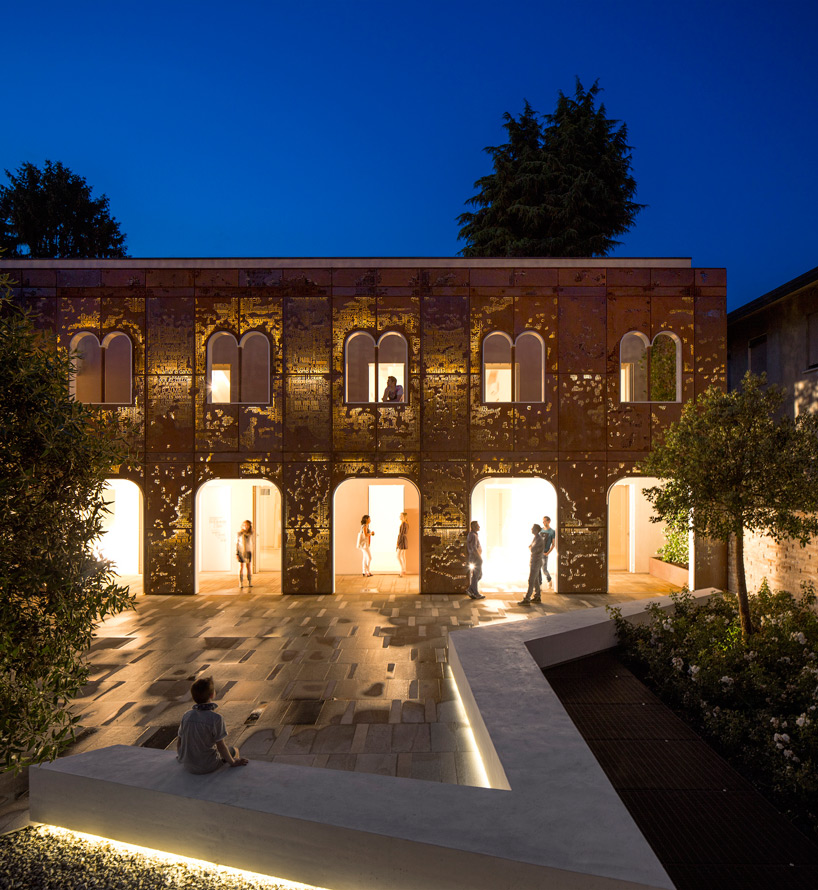 The architects, by first tracing out the historical fragments and elements of a traditional lifestyle, make a connection to thre old history of the building. Double arched window openings now face a courtyard, standing in the place of the original building, commemorating without renovating the destroyed structure.

The sheets of paper which were scrawled upon in the studio during the brainstorming process, became a 300 square meter sculpture, made with 190 sheets of corten steel, reading as the page of a book. In collaboration with artist Giorgio Milani, the lettering is selected from 22 different alphabets. Following ‘footfalls echo in the memory’, the selection of diverse era fonts harmonize aesthetically and culturally into a graphic image. At night, illumination emanates through the patterned collections of voids. 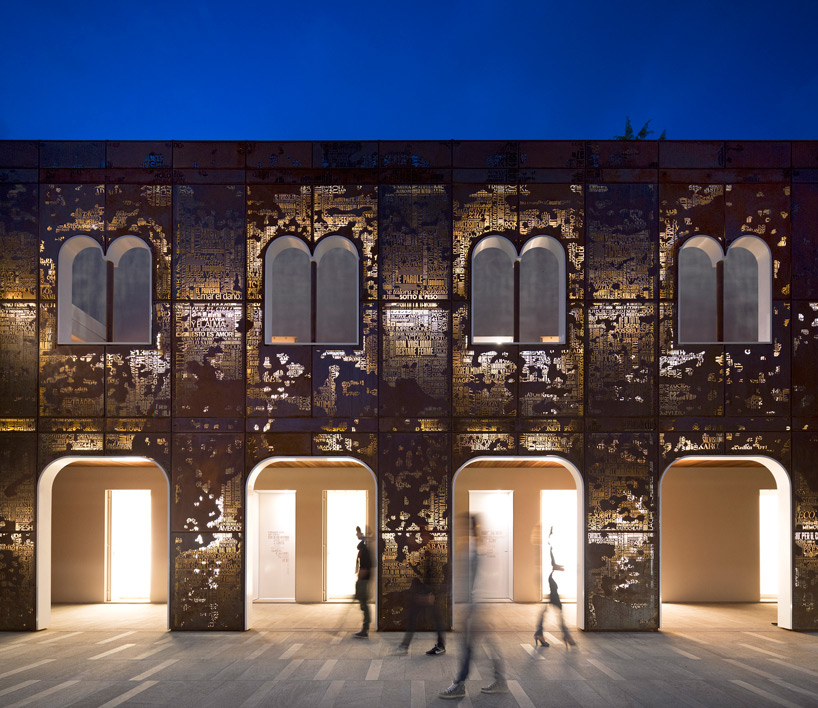 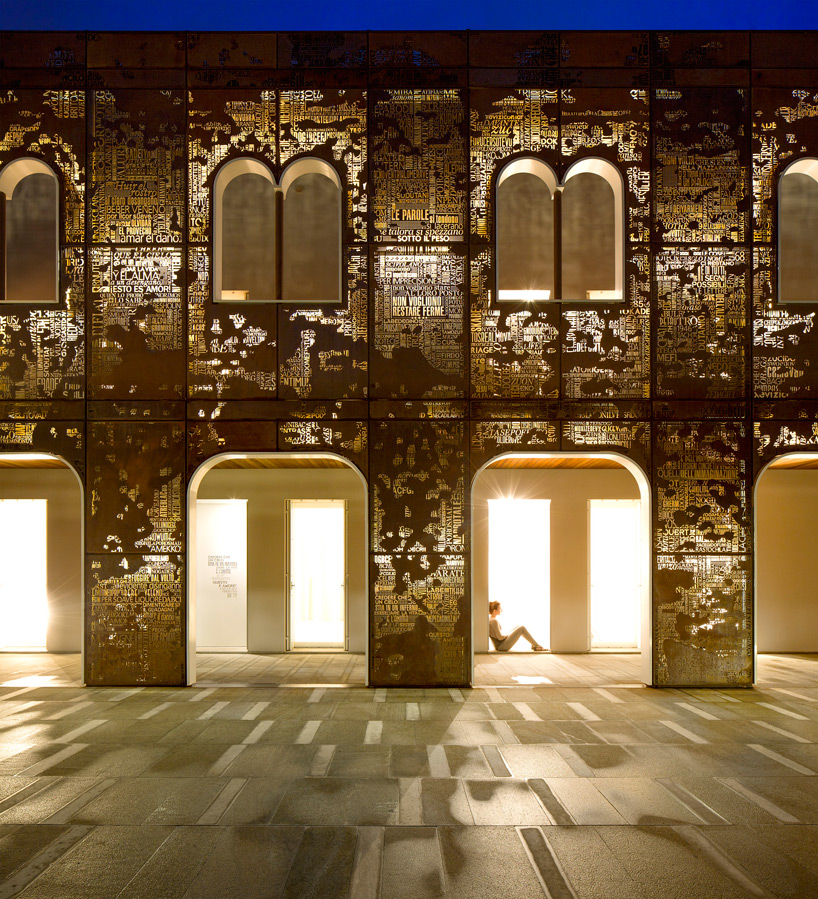 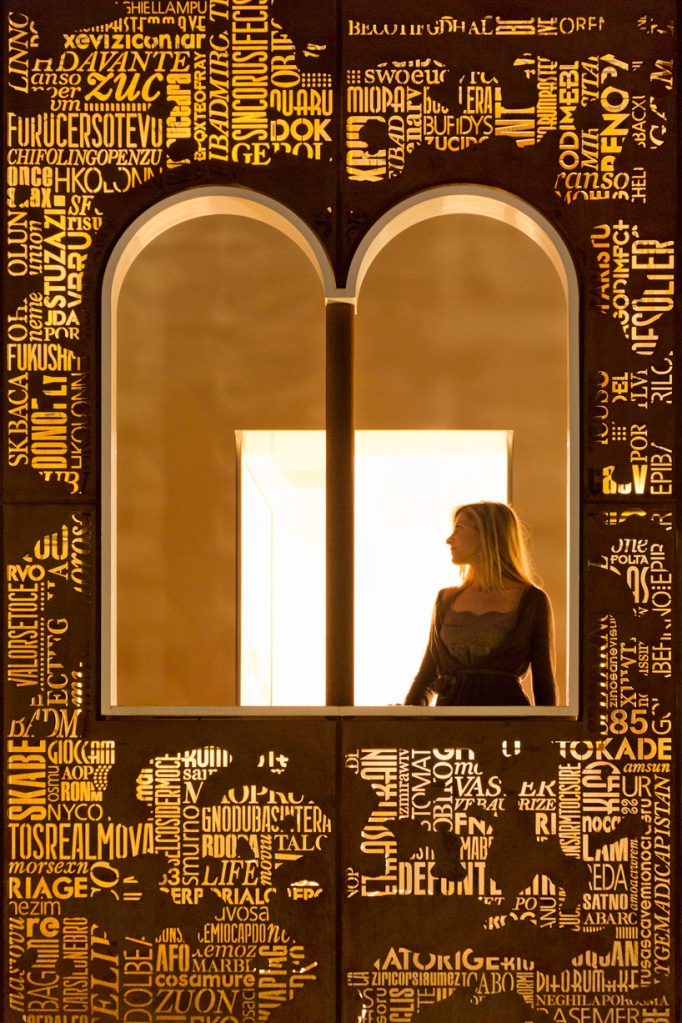 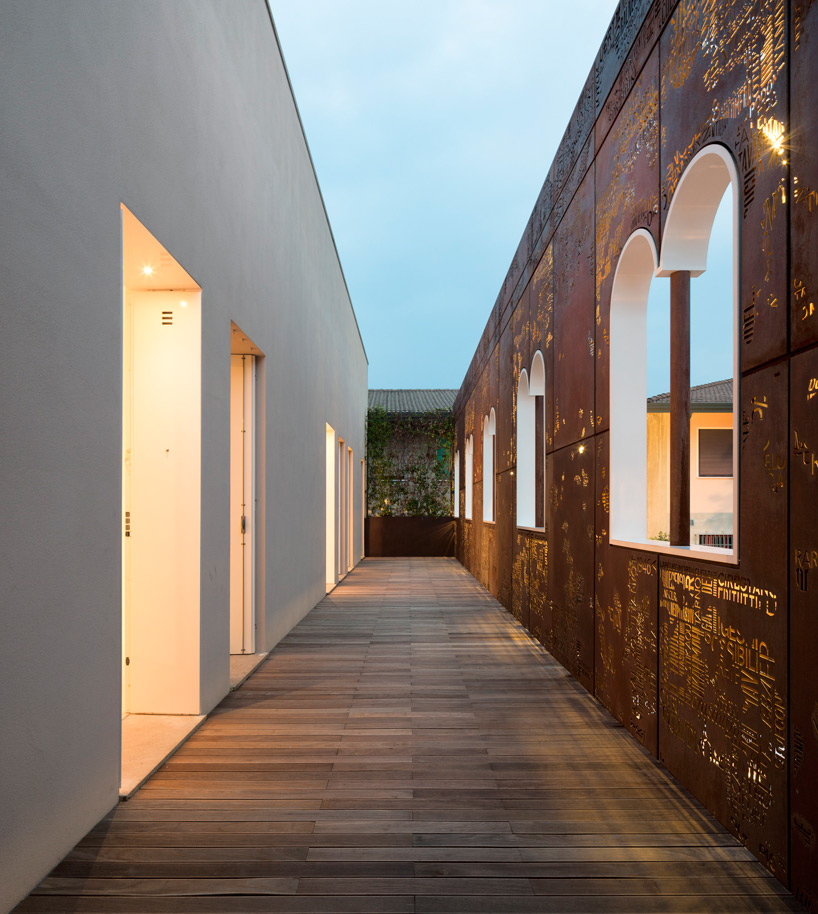 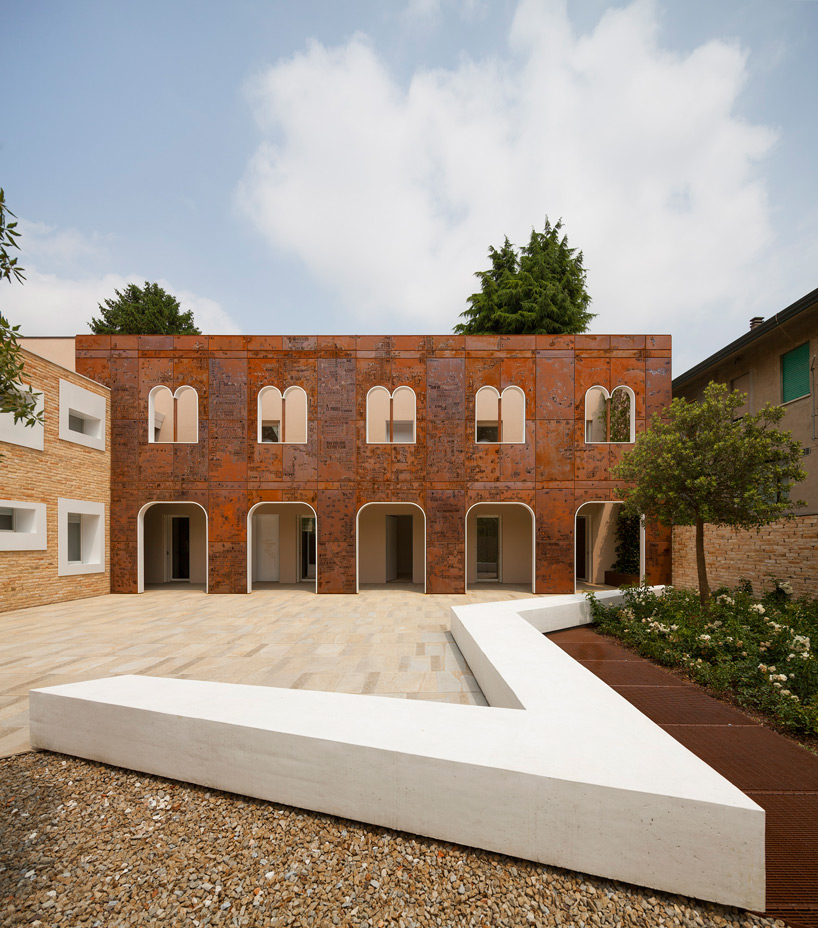 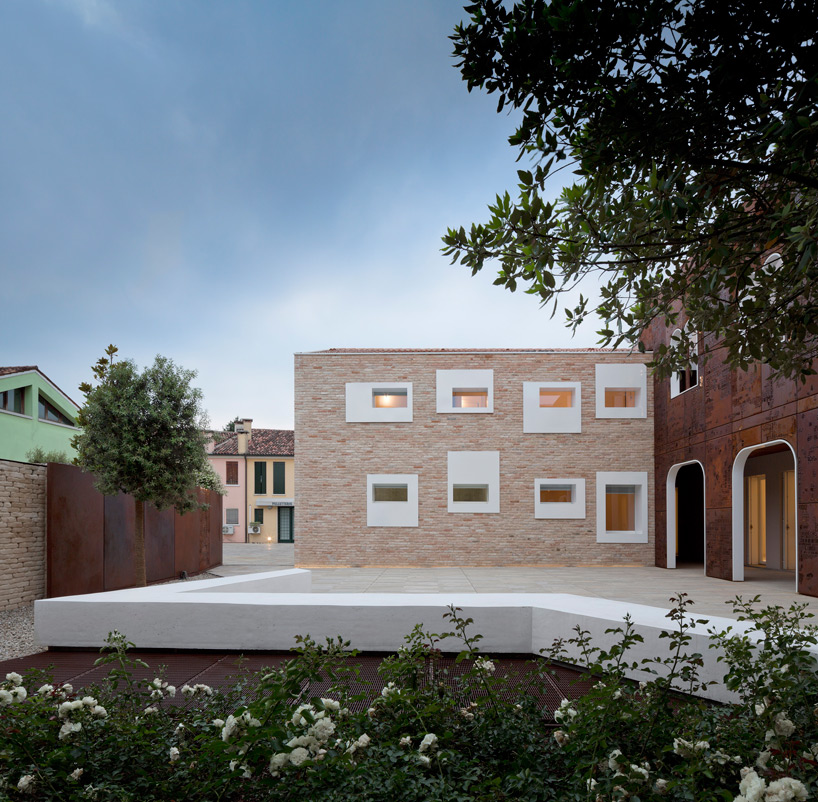 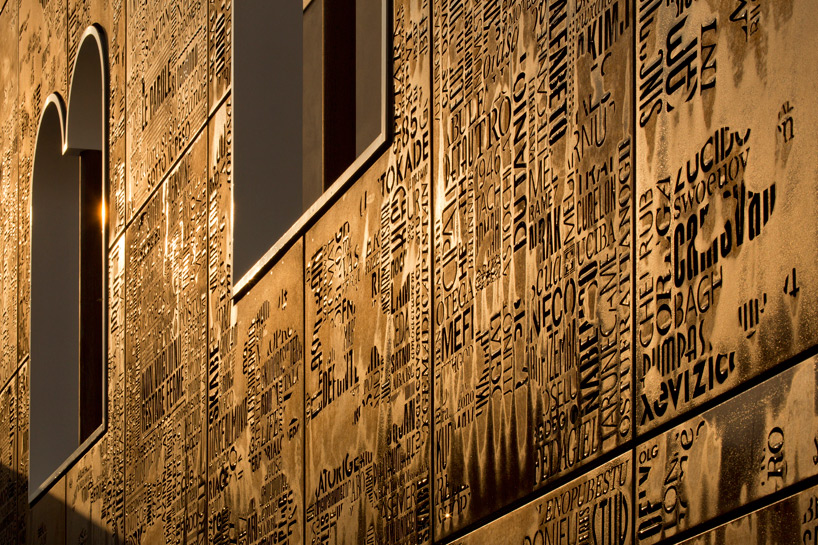 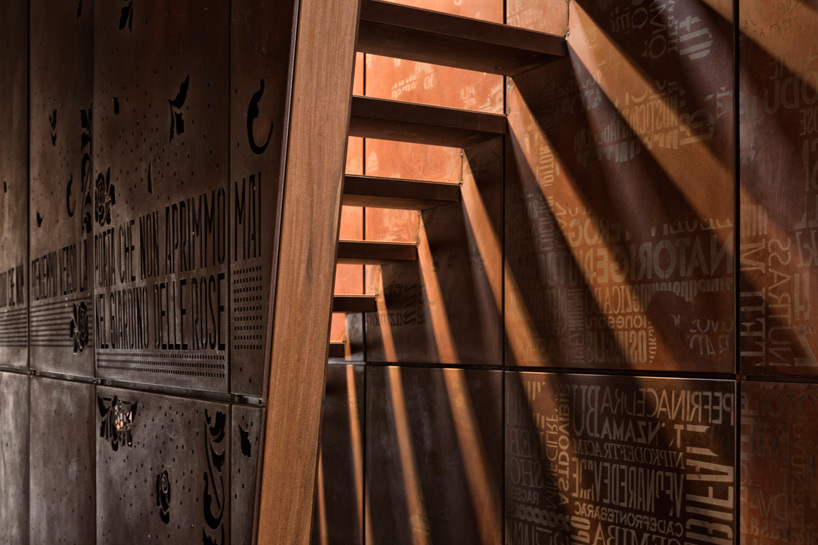 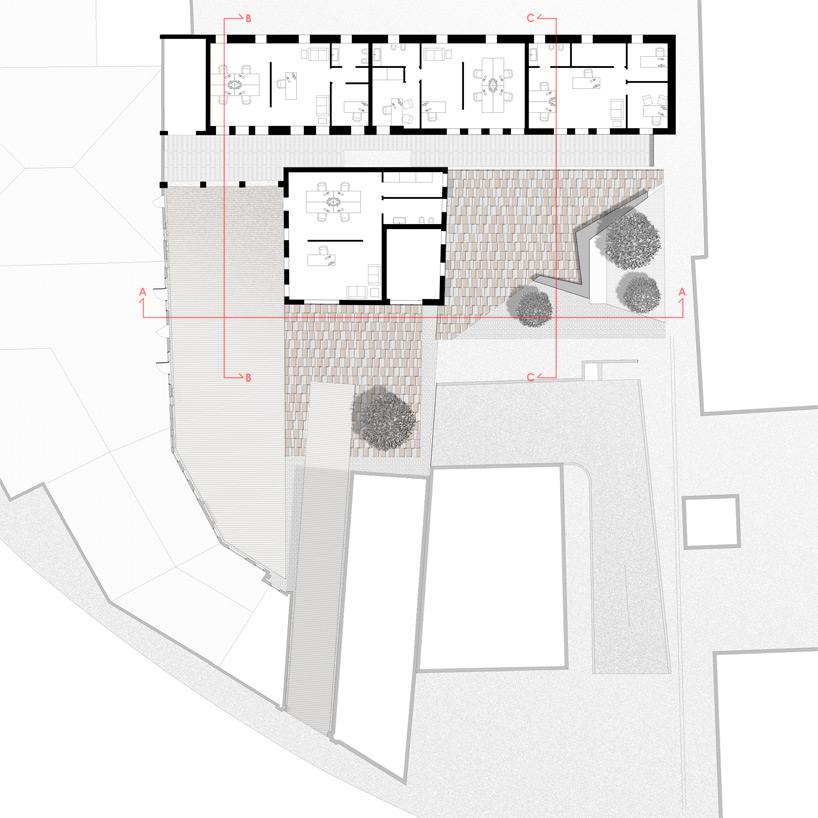